I have on order an 1890's-era camera lens as a project to adapt it to my Samsung NX1 digital camera for experimentation in photography and digital film.

I'm drawn to the subtle optical property differences of vintage lenses.   I have been collecting 35-mm camera lenses from the mid 1950's through early 1990's and posting the photography taken with these various lenses on my blog here:  http://mynx1.blogspot.com

This is my first 'antique' lens acquisition. I was looking for a lens over 100-years old being motivated as the result of a restoration I'm performing on a 1918 Silent Era film.  Researching the early film history of that time has me focused on the cameras and projectors developed during the early years of film.

I decided on this particular lens after reviewing online auctions for lenses that to me had quality looking optics for its time and was enclosed in a housing 'mountable' to my bellows assembly.  Also, I was looking for something to get my feet wet, adapting and mounting to my camera.  My budget was less than a $100 for the lens and adapting hardware components.

I purchased this lens without learning any historical background of optics and lens-types at the turn of the 20th Century. Once the lens arrives, I will examine marking and do research on the company and the lens' application. 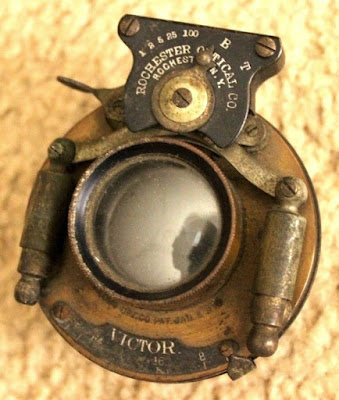 This Bausch & Lomb 'Victor' lens was manufactured at the Rochester Optical Co. somewhere between the late 1890's and early 1900's.  The lens is a f8  with a two-blade return, rectilinear movement shutter-type. Spring powered, pneumatic exposure control.  Speeds 1/100 - 1, B, T. Mounted between the lens. Finger and pneumatic release.

The lens was removed from a Pony Premo 4x5 plate camera of that era.  More research is needed. 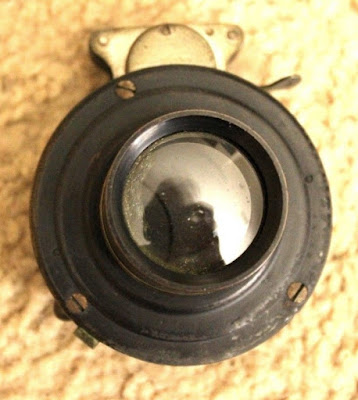 What attracts me to optical device is its attractive mechanical design; which will appears serviceable and well-built.  I don't know at this time its operational condition.  Also, I will have to figure-out how to keep the shutter open since the digital camera I will be using will have its own shutter activation. 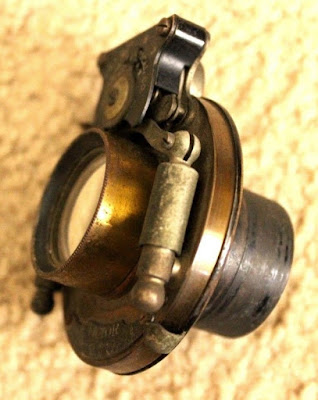 I won't know the condition of the lens fully, until I receive the device and examine further.  Whatever the condition is ok with me, because I will see any degradation as a 'texture' in the imagery produced by my Samsung NX1 digital camera.

I will post updates on this lens leading to revealing images that result.  Should be interesting.

Posted by Blogs of Bart Santello at 4:56 PM