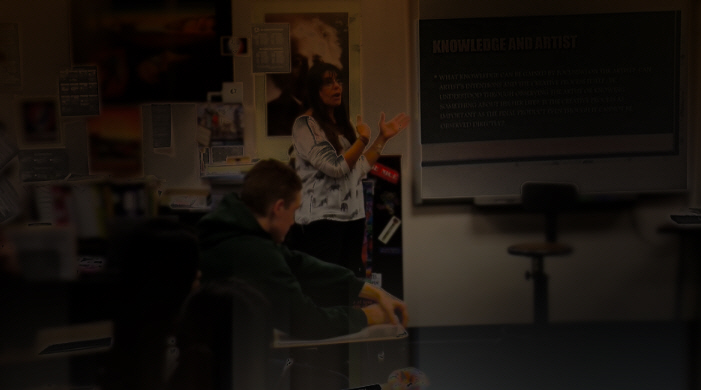 Gina is the writer/producer for the forthcoming Spaces Between Time film.  I posted a scene element (as I call it) here on VIMEO

Although this screen shot is darker than it will appear in the film, it is the look I settled on in the segment, in order to bring Gina to the center of attention and minimize the less interesting elements in the wide angle shot.

In addition, I wanted to add a psycho-social element to the look of the scene.  I wanted to convey, in effect, that she's talking to herself.  The students appear marginalized by the blurring-effect, suggesting marginalization and eventual disassociation.  This isolation is also evident in the imagery of the school in the short.
Posted by Blogs of Bart Santello at 10:33 PM